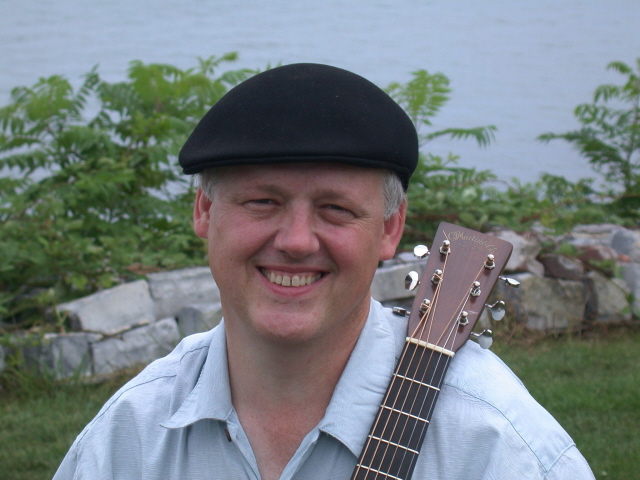 John Rossbach lifts up his audiences with the lilt of old time mandolin melodies, rivets them with lowdown Piedmont blues guitar and fires them up with driving banjo breakdowns! His compelling songs, dreadful puns, and outrageous tall tales take his audiences for a fun ride through the fascinating world of traditional American folk music.

He led his award-winning bluegrass ensemble, Rossbach & Chestnut Grove, all across the country for 22 years before returning to his home state of West Virginia where he often performs with champion old-time fiddler, Gerry Milnes. John was a co-founding member of the nouveau old time ensemble, Mac Benford & the Woodshed All Stars. He has recorded on Rounder Records, received eight Meet the Composer awards, won six SAMMY awards, and appeared on numerous radio and television programs for the Nashville Network, PBS, CBS, the BBC, and the Canadian Broadcasting System. He’s even sung his jaunty hit, The Freight Train Boogie, on a 2006 episode of the CBS drama series, The Guiding Light!

has also recorded on Philo, Copper Creek, Chestnut, Marimac, Wizmak and Alcazar Records. He appears on CDs and videos ranging from folk to Celtic and country rock by Pete Seeger, Keith, The Woodshed All Stars, Ken Perlman, Don Stover, and The Back Alley Boys. has been the staff guitarist and mandolin player for Mandolin Camp North, Banjo Camp North and Old Time Camp North. He has taught at Midwest Banjo Camp and at the Suwannee Banjo Camp. He was the Coordinator for Bluegrass Week for 6 years, and taught for 18 years, at the prestigious Augusta Heritage Center in Elkins, West Virginia. John has performed at the Philadelphia Folk Festival, the Champlain Valley Folk Festival, the , , Wheatlands, Winterhawk, Ashokan, Brandywine and top.